Source Code and the Call to Selfless Living

I really enjoyed ‘Source Code‘, the new film from Duncan Jones. I felt it handled the action and story well whilst creating believable characters with genuine chemistry.

The ending, although I did enjoy it, felt a little too compromised and it is this that I want to focus on so if you haven’t seen the film, and want to see it, best to stop reading now.

I personally believe the film should have ended with the freeze frame kiss. At this point, Colter Stevens (Jake Gyllenhaal) has acted selflessly. He has reconciled with his father, given the criminal a form of justice, and allowed the last few moments of the commuters lives to be one of happiness.

It then becomes clear than Stevens actions have created another universe, one where the bomb does not go off and everyone survives (apart from the guy who he ‘possessed’ but lets not dwell on that ethical dilemma in this post).

He gets the girl.

Thus everything he’s done has been justified. He gets the reward.

There lies my problem with the film.

The philosopher (I’m not sure he’d like that title but he’s getting it) Peter Rollins recites this parable in his book, “the orthodox heretic”: 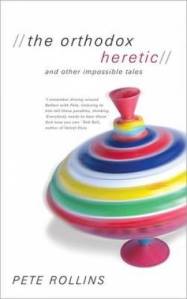 “You sit in silence contemplating what has just taken place. Only moments ago you were alive and well, relaxing at home with friends. Then there was a deep, crushing pain in your chest that brought you crashing to the floor. The pain has now gone, but you are no longer in your home. Instead, you find yourself standing on the other side of death waiting to stand before the judgment seat and discover where you will spend eternity. As you reflect upon your life your name is called, and you are led down a long corridor into a majestic sanctuary with a throne located in its center. Sitting on this throne is a huge, breathtaking being who looks up at you and begins to speak.

“My name is Lucifer, and I am the angel of light.”

You are immediately filled with fear and trembling as you realize that you are face to face with the enemy of all that is true and good. Then the angel continues: “I have cast God down from his throne and banished Christ to the realm of eternal death. It is I who hold the keys to the kingdom. It is I who am the gatekeeper of paradise, and it is for me alone to decide who shall enter eternal joy and who shall be forsaken.”

After saying these words, he sits up and stretches out his vast arms. “In my right hand I hold eternal life and in my left hand eternal death. Those who would bow down and acknowledge me as their god shall pass through the gates of paradise and experience an eternity of bliss, but all those who refuse will be vanquished to the second death with their Christ.”

After a long pause he bends toward you and speaks, “Which will you choose?”

I believe Stevens actions in the film would have been more noble if his life had ended with the kiss.

Where he didn’t get the reward.

I find the same with Christianity. 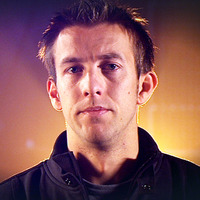 I’ve enjoyed it and think it’s not too bad a resource. But I do have issues with it and its connected with this idea of rewards.

The underlying message of the series is become a Christian so you go to Heaven rather than Hell.

Become a Christian so you get the reward.

Is that how the gospel should be packaged?

Yes, eternal life is important but salvation is bigger than that. Salvation is not static.

It is not just a once and for all ‘ticket’ into Heaven.

If Christianity is ‘sold’ as a rewards based faith then we get into all sorts of trouble further down the line.

How do you communicate the christian faith to your young people?

Is it about stepping into partnership with the Creator God through the risen Christ to redeem this world and live as if we already had eternal life or is it simply about getting your ticket to the rewards?

A few things have been on my mind this week.

2)  “Treme“. The new HBO series by David Simon (The Wire) about a neighbourhood in new Orleans, struggling to piece things back together after Hurricane Katrina.

3)  With our young people on a Sunday night, we’ve been working through the “Soul” DVD series by Christianity Explored. Last night, we looked at the cross and a couple of the young people described how hard they find it, entering into the story as it’s one they’ve heard so often.

5) The BBC series, “the wonders of the universe” with Brian Cox.

So, what’s the connection? I’ll look at each of them in a little more depth.

1)”Rubber”. There are lots of things going on in this movie but let me pick out one of them. The audience watches the proceedings. They comment on it but choose not to get involved. They are spectators and when there are faced with the choice of being part of ‘it’, they panic.

2)”Treme”. I love how, despite everything that they have been through, they don’t lose their spirit. They still have their marches. Music. Dance. Music is what defines them. It’s what they share together. It’s who they are, where they’ve came from and where they’re going. They want to be part of something. They don’t sit and spectate. They get involved.

3)Too often, the young people have simply been told about the Easter story. About what happened. They’ve never been given the chance to enter into it. to experience it. For it to be more than words on a page. More than something that happened two thousand years ago.

4)The communion I attended was a ritual. Now, I don’t have a problem with rituals when you can enter into them. I didn’t feel I could enter into this. It was something I wanted to enter into. There didn’t seem to be any life in it.

5)Dr Brian Cox describes with passion how we are all part of the story of the universe. We all have our part to play in the grand metanarrative.

So, there’s the connection. They are all about the choice of choosing to enter in or out of something.

More and more, I think christian youth workers (and I include myself here) are guilty of not allowing young people to enter into the story. We fill them up with facts, and rules, and theology and forget about helping them live out the story itself.

Beliefs are important. But beliefs are not the same things as knowledge.

So why is the church so guilty of making their service an intellectual lesson? And how can things change?

I want to help young people embrace the story. A story that transforms how they see the world and their place in it.

Dr Cox gets excited about how we are part of the universal story of the stars. he’s passionate. He’s convincing.

He wants people to step into this reality and I want the same for the young people I work with.

At Easter time, more than ever, I need to help the young people I encounter find space to forget what they know about the story and instead enter into it.

That’s what the Christian faith is about.

A few weeks ago at college, we were asked to create a ‘mystery box’ for one of our lectures. The idea came from JJ Abrams inspiring talk from ted.com.

The objective was to create a learning experience that carried a sense of mystery. Our mystery centred around the questions Where is God? Where can he be found? See some of the pictures here under mystery box 3. Our ‘box’ was broken down into a series of stations.

The one that most intrigued me was on the use of films within christian youth work.  We youth workers love a good bitesize film clip that we can show to our young people from a popular film or TV show that addresses the issue we are going to raise with them.  And I’ll admit right now that I do it all the time as well and,  as a resource, I have no issues with it. Films and TV shows cover a wife variety of issues that we can link in. And they keep young people’s attention. Probably a lot more than the talk we are about to give.

What I do want to address briefly though is our thinking behind the kind of clips we use. For example I’ll use the film ‘the matrix’. Thankfully we seem to have moved away from using clips from this film but for a time every youth worker I know (and probably hundreds I don’t) used the ‘blue pill/red pill’  clip to explore Christianity with their young people. Admit it. You’ve used it…or you’ve at least thought of using it.

Many of you may be thinking right now, “so what? What’s wrong with using that clip?”

And there is nothing wrong with using it. But let me ask you a question. Would you use the rest of the film in a talk? What about the orgy dance scene in ‘The Matrix Reloaded”? Would you use that? My point is that although there is some theology in the film we would agree with there is a lot we wouldn’t. ‘The Matrix’ is full of ideas from Buddhism, New Age religions etc as well as Christianity. What we seem to have become really good at is being very selective with our clips. Just like we are with the Bible. We use the bits of a film we agree with and ignore the rest.

I read an article recently by Christianity Explored’s Youth Evangelist Nathan Morgan Locke that explored the idea of ‘sin’ within the film (and graphic novel) ‘Watchmen’ and how we can communicate it with young people by using the film. I would be interested to know if Locke would use the film to explore the number of other thoughts and ideologies the film addresses? Or would it only be the ones he agrees with?

Please here me right. The point is not that we stop using clips. That would be shooting ourselves in the foot. But I do think we need to consider how we use the films we show clips from. Also, we need to think about why we don’t use other films. Is it because we don’t agree with the theology or issues in it? I believe that there is something of God in every film and we should be open to use every film. If we are happy to use films like ‘the matrix’ then why do we not consider films like ‘The Exorcist or ‘Fight Club’ for example? Because they are scary, violent? Maybe we need to rethink our ideology.

To stir things up further I want to ask you another question.

Why not? Because they contain theology we don’t agree with? So does ‘the matrix’ but we don’t think twice about using that.

As I have already said, I don’t think we should stop using clips from different films but we have to be clear why we are using them. Rather than using selective clips, maybe we should show our young people the entire film and allow discussion to come from that.

It might be a lot more interesting than what we had originally planned.