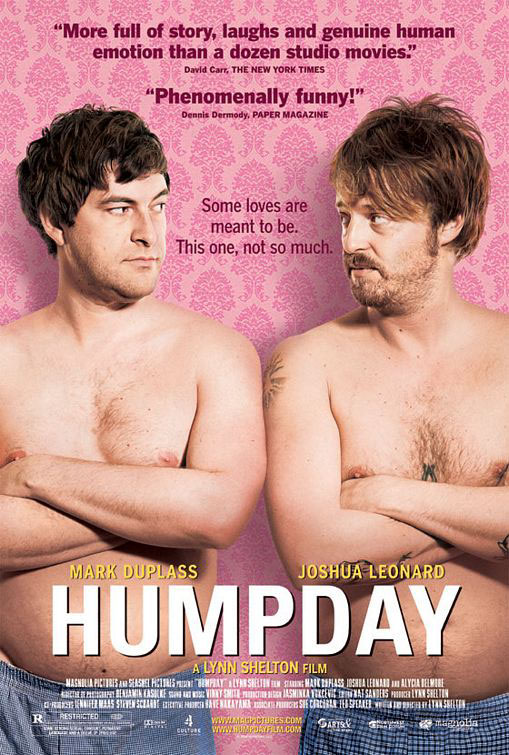 I watched the film ‘Humpday‘ this afternoon and it got me thinking.

It’s a sweet indie film about friendship, marriage and the need to grow up. (I know it doesn’t sound like it)

As I said, I watched it this afternoon and it got me thinking.

The married guy tries to explain to his wife why this is a good idea. He tells her that there are many sides to him and that he doesn’t want marriage (and the prospect of being a dad) to flatten him into one personae. He’s scared about losing who he is.

I got married when I was 21. As the big day got closer, I went through a crisis of identity. I was worried that I wouldn’t be ‘me’ anymore. That I’d be known simply as a ‘husband’. That I would have to be with my wife 24/7 and I would lose my identity. I’m glad my (now) wife stuck by me and didn’t walk away from that insecure boy.

Eight years into marriage and I can look back and laugh at that naive boy. I haven’t lost who I am rather, I have added to that identity. I am now also  a husband and a father (although I did go through a smaller version of that crisis when our son was born).

That’s what committing to someone is about. It’s not about losing a part of you, it’s about gaining something else.

I am the man I am today because of my marriage. I think I am a better man for it.